Is Tantra and Rainbow Gathering political ?

One of the text what i shared on many of our workshops at Rainbow Gathering. What do You think about it ? I hope would provoke for discussion and confront some stereotyping thinking...


In the movie what I'm making, I'm asking people: „Is Rainbow political ?", " Is tantra political ?". Of course it is. We would like all to change the world for a better place, we would like to save the planet, we all would love to give example to the world, that whole 2000 people can eat vegan food for whole month, that there peace, equality,freedom  and love is possible. Many of us would bring that beautiful energy back home, many would spread that love to their friends, families, surroundings etc. That's great ! That's wonderful ! Fantastic. It will bring the change. But is it enough ?

If You would live in early 30ties and You would see the Nazis empire coming, with this knowledge what it brought would You not like to stop it in all possible way, on all levels what You could?

The worse that Nazi time's is happening now in front of us. Millions of people are dying as consequence of climate change and not enough is done to stop it. We got freaky whether records in all parts of the world.

In Amsterdam we sadly joking, that summer that's only this few sunny days and Amsterdam summer fashion collection that's plastic rain jacket, with par of wellington boots. Still is very rare that You would hear about it in propaganda machine – TV ( idiot box ). One of the best thing what we can do o reduce climate change is to make our consumption smaller. The main massage in mainstream media is to " buy more ". Second important reason of TV propaganda is to spread ignorance. Every day big portion of news what we can't do nothing about it and we do nothing about it, make us immune for any need for action at all. So no wonder nothing is changing, - not enough.

The other problem is those who wish the change got divided : Peaceful, not peaceful. Wishing that in the times of TV propaganda circumstances, that meat or weapon industry would end just by soft, wishful thinking is a big dream. Wake up!

From the other hand radical actions what doesn't have social support ( because they're not peaceful enough ) also do not have enough big impact. It's time to unite, to acknowledge all aspect of our struggle, for better world, to save the planet. As tantra is teaching us to recognise, acknowledge, respect and use all aspect of our life, we also should use anger from love in our struggle. Let's free energy of Kali in our struggle to destroy all weapon and meat industry, let's support loudly those actions. We live in disaster bigger than WW2. Time to wake up ! Time to unite! Time to act in all possible way in all levels ! Do something now! The Earth is dying and needs Your help. NOW! 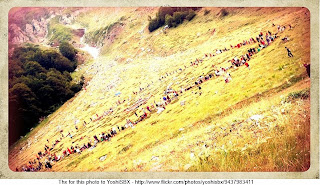 Posted by Michal Tantra at 4:29 PM

For Love from Love

More happiness and love in your live that's best payment, what we can get. ...but we still have to survive in this material world. Your gifts will help us to spend more time on spreading love. THANKS !!! NL92TRIO0390212989 in Triodos ethical bank or